A Conversation with John McGleenan of One Union Recording

Located in the heart of San Francisco’s advertising district, One Union Recording started with a single studio in 1995. Today, the facility has six studios providing top-notch service to the world’s premier advertising agencies, as well as television and film production companies. One Union recently went through a significant upgrade with the help of Cutting Edge Audio and Video Group. All six of the studios moved up to new 12-Core Mac Pro computers running the latest Pro Tools software and plug-ins.

Let’s talk about One Union and your relationship with Cutting Edge. I understand that the two companies have actually worked together since the 90s. Can you tell me a little bit about how that relationship began and how it’s progressed over the years?
Yes, we started working with Cutting Edge about 22 years ago, back in the pure analog days. We, at the time, had set up our first studio, and I got to know Jeff Briss at Cutting Edge. When we opened One Union, I was the youngest partner and I think the first thing we bought from them was a mic pre and a microphone.

Can we touch on any of the monumental landmark highlights of that relationship?
I think by far one of the biggest monumental things we’ve done with them was in 1996. We made a decision to essentially abruptly switch from analog routing throughout the facility to AES/EBU digital switching. And then to complicate the issues we decided we wanted to do it among three studios simultaneously, and we wanted it to be asynchronous. At the time there weren’t that many manufacturers or devices that could actually do that for an audio post-production facility. Cutting Edge guided us to the best solution to accomplish our goals, which included a company called Lighthouse that was on the forefront of digital audio routing.

That was one of our big asks. We don’t always know what we’re asking for, but we know what we want. We don’t know how it’s going to impact us, but we want everything to continue to work, and we want to do it yesterday. We had probably three choices at the time, so they worked with us to go through the pros and cons of each one, and then the one that we ended up on.

I believe that was one of the biggest pivotal points of this company, because not only did it give us stability in the digital world, it gave us a whole new level of routability that we hadn’t even anticipated. I suppose it also gave us a safety net that we didn’t even know existed, which was the fact that this unit would flag the digital signals in and out of the device and essentially in the background check the clocking.

Amazing. Could you sense that the competition was quaking in their boots?
No, not really, but I think a lot of our success has been hard work and probably an equal amount of it has been luck. Because we started in the early 90s, we built the facilities from the ground up. From the door handles to the microphones to the chairs, everything was new, and because we hadn’t previously owned a recording studio, there was no previously owned equipment.

We started with a blank sheet of paper, which was a huge negative when we opened, but it was a monumental positive because it enabled us to step into the new technology without having a massive write down or a massive change in our work ethic or our workflow. I think our competition at the time wasn’t paying attention to what we were doing because they had the latest and the greatest that they had had for 5 or 7 years. We just happened to come in and it didn’t make sense to invest tens of thousands or hundreds of thousands of dollars in analog routing when for the same amount of money we could get digital switches. 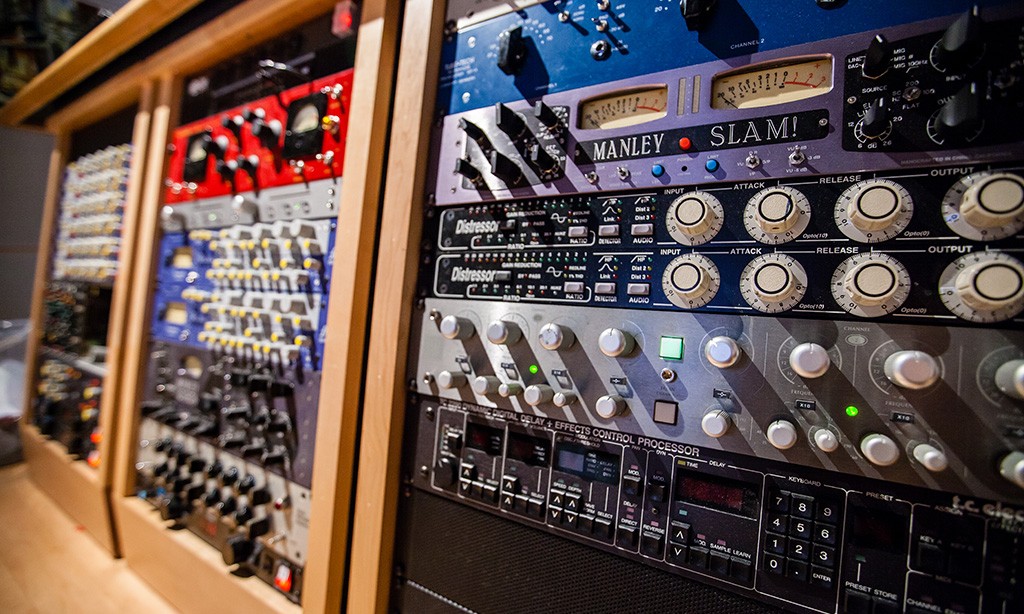 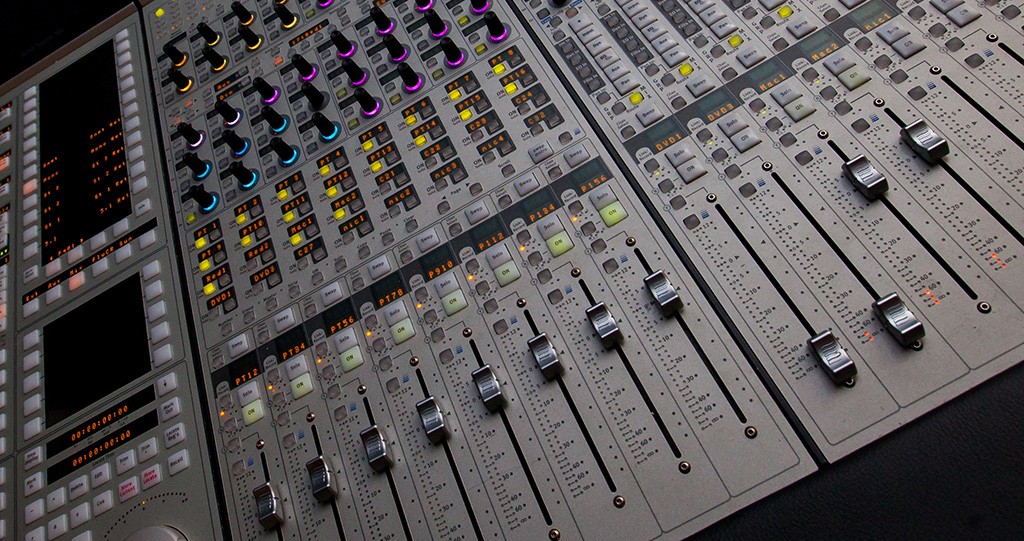 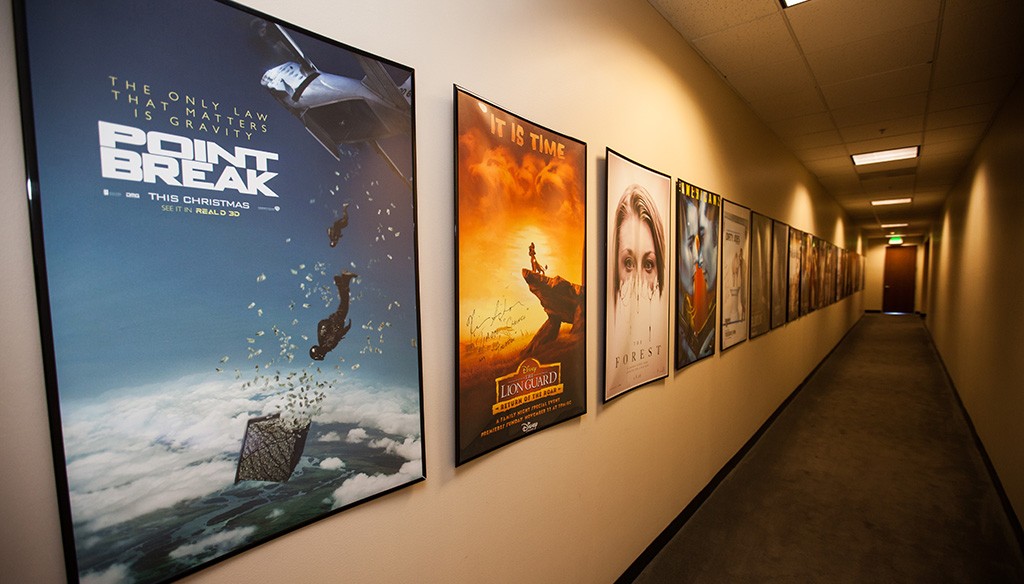 Very cool. All right, let’s jump ahead to the present day. On your website we learn about the latest upgrade. All six studios now have 12 core Mac Pro computers and all the peripherals. Can you give me a brief description of how that went and what that means to the next chapter of your success?
We do this with Cutting Edge. It’s nice that Jeff has his emails and his calendar and his history with us and his crystal ball for us. The company philosophy is all for one and one for all, so no studio can deviate away from another studio. Anything we buy here is either multiplied by four, five, or six. If we do Pro Tools it’s six rigs, if we do CPUs it’s six rigs. It makes it six times as expensive, but it means that my workflow is not in any way, shape, or form affected.

Cutting Edge is very aware of what OS we’re on and what workflow we’re utilizing, and then when we make a decision to go, whether that was Pro Tools 8, 9, 10, 11, or 12, it’s a very well-educated decision. It involves Avid, it involves Cutting Edge, it involves One Union, and the decision is made as to the correct configuration for each room, or whether it’s just same again but newer gear, or whether we’re going to take it more advanced.

Then we simultaneously purchase all of the CPUs, purchase all of the hardware, all the software, all the plug-ins and everything else. All of that will be configured and bench tested at Cutting Edge, and then deployed at One Union. It is usually a four to six month transition, so we’ll start with 1 room for 30 days, and then we go to 2 rooms for 30 days, 1 room for 30 days, and then the last room. By the time we finish that, it’s about six months. Then we let them run for a year. One of our rooms is always a step ahead, which means we’re at the top of the food chain, and then all of the other rooms are one level behind. It remains the same way for about 24 months, and then we start it all over again. This last upgrade was painless — knock on wood.