ALT Systems announced that it is helping the San Francisco Giants streamline the team’s post-production workflow by leveraging the power and flexibility of Quantum’s CatDV Media Asset Management (MAM) system. 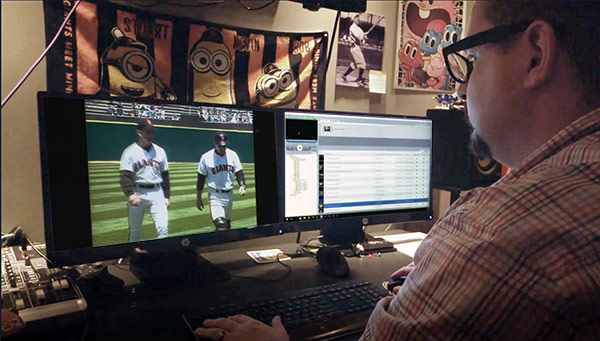 The team’s in-house media group, San Francisco Giants Productions, is a prolific producer of content for fan and business partner engagement. Until recently, SFG relied on a separate Production Asset Management (PAM) system to track post-production media and metadata. ALT Systems managed migration of PAM metadata and associated media to a CatDV MAM system, which will now serves as the reference point for media throughout the post-production lifecycle.

“CatDV is instrumental in orchestrating the post-production workflow at the Giants – from the camera card, through editorial, archive, and distribution,” said Sig Knapstad, ALT Systems’ Chief Technology Officer. Use of uniform ingest and transcoding processes, and a flexible but effective editorial workflow give the team’s producers and editors a single source of truth for current day assets and for the Giants Legacy Project media collection.”

According to Quantum Business Development Manager Jeremy Strootman, “Quantum’s CatDV is a leading MAM solution for Major League Baseball teams and scores of professional sports organizations. Its powerful but intuitive media-optimized database and automated Artificial Intelligence analysis tools make it a natural choice for the fast-paced world of sports.”

ALT Systems has a longstanding technology partnership with the Giants and developed the team’s multi-year technology roadmap culminating with use of CatDV as the go-to asset management platform.

To learn how ALT Systems helped the San Francisco Giants activate their archive of more then 60 years of historical film and video, watch the Inside Story of the Legacy Project on our YouTube Channel.