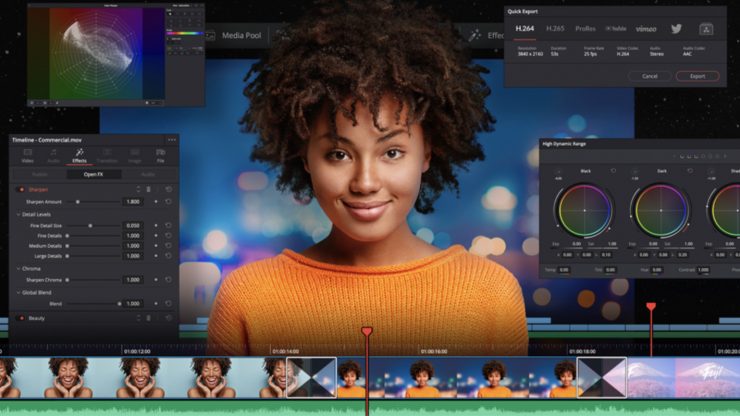 This update adds support for Blackmagic RAW 2.2, and improves clip naming functionality and loading of EQ and automation adjustments.

The update is available at no charge for existing customers from the Blackmagic support page at: https://www.blackmagicdesign.com/support/family/davinci-resolve-and-fusion.

If you’re upgrading on Windows, ALT Systems strongly recommends uninstalling previous Resolve versions prior to installing 17.3.  While there is no database change from 17.x, DaVinci Resolve 17.3.2 requires a database upgrade from DaVinci Resolve 16.2.7 and previous versions.

ALT Systems recommends that you back up your existing database (both DiskDB and PostgreSQL), and then restore that database for the upgrade before upgrading to the latest release.

DaVinci Resolve 17 is a major new release with over 100 new features and 200 improvements! The color page features new HDR grading tools, redesigned primary controls, AI based magic mask and more. Fairlight updates mouse and keyboard edit selection tools so you can work faster, along with Fairlight Audio Core and FlexBus, a next generation audio engine and busing architecture with support for 2,000 tracks! Editors get a metadata slate view with bin dividers, zoomed waveforms for audio trimming, smart reframing, a unified inspector and dozens of other time saving tools. In addition, compositions created in Fusion can now be used as an effect, title or transition on the edit and cut pages.